23 September 2020 – Harley Richardson, a history of education enthusiast and blogger, gave the 4th Annual Education Studies Lecture at the University of Derby.

What is a ‘liberal education’?

On the distinctive educational value of philosophy

Should philosophy be on the school curriculum? It certainly has general educational value: like other academic disciplines, it cultivates a range of intellectual virtues in those who study it. But this may not be a good enough reason to add it to the roster of established school subjects. The claim I will defend here is that philosophy also has distinctive educational value: there are philosophical problems that feature prominently and pressingly in ordinary human lives and that all children should be equipped by their education to tackle. Among these are the problems of justifying subscription to moral, political and religious standards. The significance of these problems for everyone is sufficient to warrant the introduction of compulsory philosophy in schools.

The three greatest books on education: how relevant are they today? 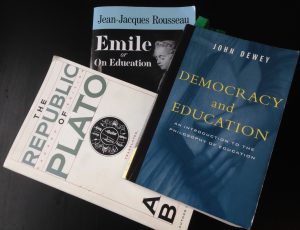 Why should we read the three greatest books on education: Plato’s The Republic; Rousseau’s Émile or On Education and John Dewey’s Democracy and Education? We should because each presents a unique portrait of an education for a particular and better society.

But do they tell us anything about education today? Do these books constitute the intellectual background to any informed discussion of education? What do these books tell us about the importance of ‘knowledge’, ‘democracy’ and ‘nature’ in education and the building of a better society?

Discussing the relevance of these books today will be:

Professor Dennis Hayes, Institute of Education, University of Derby who will be introducing us to Plato’s The Republic

Education Studies as a University Subject: The Search for Truth

In the lecture Prof. Stephen Ward will chart the growth of Education Studies from its origins in teacher training to its current status as a stand-alone subject with its own theoretical frameworks. He will trace the effects on the discipline of the political changes which have occurred in the move from the ‘modern’ to the ‘postmodern’ university. Stephen’s argument is that Education Studies frees students from the constraints of professional practice and offers them the opportunity to engage with and to critically analyse a wide range of exciting aspects of education as the means to human betterment and change. Stephen will emphasise the importance of global perspectives and discuss the roles of the contributory disciplines: Psychology, Sociology, Philosophy, History and Economics as well as the employment opportunities for Education Studies graduates.

The Battle for Children’s Minds 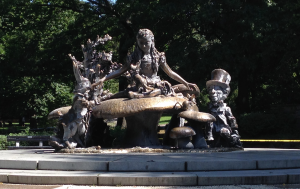 Traditionally moral education was based upon the belief that children could become autonomous human beings with a set of virtues that enabled them to live good lives and make a positive contribution to their communities.

The 1st Annual Education Studies Conference has keynote lectures by academics and writers Dr Stephen Law, author of The War for Children’s Minds, and Dr Helene Guldberg, author of Reclaiming Childhood: Freedom and Play in an Age of Fear, who will introduce us to the contemporary battle for children’s minds and morals.

Generating Genius: It’s cool to be a ‘geek’

Science is no longer a taboo subject for the young people from disadvantaged communities who attended the Generating Genius programme. The educational charity which behind the programme works with students throughout their secondary schooling to help them acquire the skills they need to win places at top universities. But the programme does not stop there the broader aim is to get students ‘from the classroom into the boardroom’. But what is so special about the support the programme provides to young people that it succeeds where many well-established schools have failed? Does the charity have a magic wand or is it something any school could adopt and provide? Here to discuss the initiative is Dr Tony Sewell, founder and director of Generating Genius, whose vision it was, when he founded the charity, to show schools, parents and the world that under-achievement was something that we could easily do something about.